To Ethiopian girls who live in D.C,

I will be flying to D.C on a business trip around the end of May. I need an Ethiopian girl/woman who will accompany me to the business meetings and dinners. I am going to need her for about 4hrs/day for six days. It will be purely business. I will compensate her at a rate of $50/hr for the time she will spent with me. If any girl is interested please contact me at the following e mail- fair3338@sbcglobal.net .
No hard feelings, I hope.
Thank you.


PS: I figured we should keep the job opportunities with in ourselves

Wayna was crowned Miss Black Unity of the University of Maryland in 1995. She earned a Bachelor’s degree with a double major in English and Speech Communication from the University of Maryland. She soon after began her professional career as a Writer in the White House for the Clinton administration. Her love for music and performing stayed with her and she finally decided to pursue her dream full time. Moments of Clarity – Book 1 was the result of this decision.
What is equally impressive is that Wayna formed a company, Quiet Power Productions and produced and promoted the album on her own. Wayna became a business woman overnight and the results have been fruitful. Wayna is putting finishing touches on her follow up album, Moments of Clarity – Book 2 and recently returned from performing in Adis Ababa. I spoke with Wayna and her company name Quiet Power described her perfectly. She has had amazing success and has met some pretty big names in her short career but Wayna remains humble and wears her African crown with pride. We caught up like old girlfriends and talked about her music and being the child of two cultures. She reminded me of how growing up in the 80’s when most of the images of Ethiopia were negative was not easy and how life has been for her as a recording artist.

Read the whole interview on jamati.com/online/music/drum-beat-with-wayna 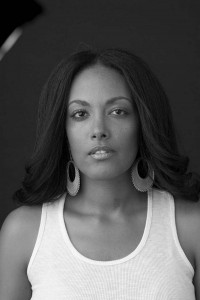 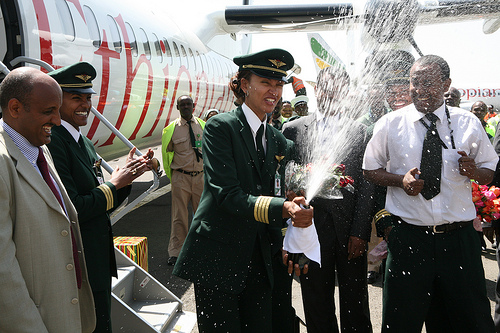 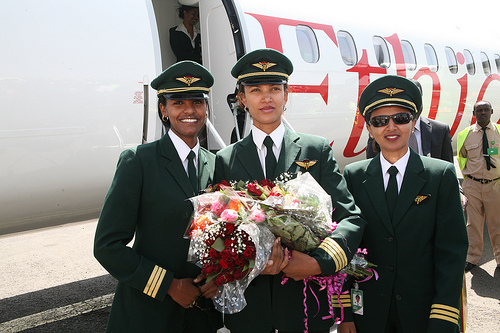 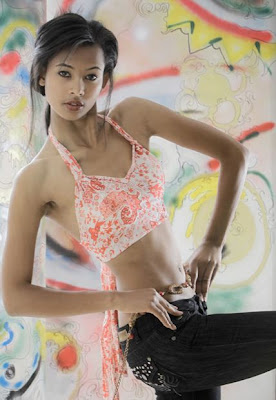 Ruth Negga (born 1982) is an Ethiopian-Irish actress who has starred in Irish films such as Capital Letters (2004), Isolation (2005) and Breakfast On Pluto (2005). She has also appeared in the BBC mini-series Criminal Justice and E4's Misfits.

Negga was born in Addis Ababa, Ethiopia, where she lived until she was four, to an Irish mother and an Ethiopian father. Her father died in a car accident when she was seven. She now lives in London, but continues to visit Ethiopia.
Negga trained at the Samuel Beckett Centre at Trinity College, Dublin, graduating with a BA in Acting Studies. Negga made her screen debut in the Irish film Capital Letters (2004), playing the lead role of Taiwo. She went on to play the lead role of Mary in Isolation (2005). Prior to this she had been working mostly in theatre.
After seeing Negga act, director Neil Jordan changed the script to Breakfast On Pluto so that she could appear in the movie.She has also starred in Colour Me Kubrick (2005), with John Malkovich, and the short films The Four Horsemen, 3-Minute 4-Play and Stars.
On television Negga has appeared in Doctors, Criminal Justice and the Irish series Love Is The Drug. She also played the lead role of Doris 'Sid' Siddiqi in the BBC Three series Personal Affairs, alongside Laura Aikman, Annabel Scholey and Maimie McCoy. Negga also appeared as Dame Shirley Bassey in the BBC production Shirley in 2011.
Negga’s theatre work includes roles in Duck, Titus Andronicus and Lay Me Down Softly.As of 2007 she began working with the Irish theatrical group Pan Pan Theatre.[
7
] In 2010, she played Ophelia in the National Theatre's production of Hamlet.


Negga was nominated as 2003’s Most Promising Newcomer at the
Olivier Awards
.She was chosen as Ireland's Shooting Star for the 2006
Berlin Film Festival.

Here s some pick I took in my trip in Ethiopia. The first in a bar in Addis near De Gaule place and tge other one when I was visiting Fassilas pool in Gonder