From national hero to villain: The politics behind Ethiopia'

From national hero to villain: The politics behind Ethiopia' 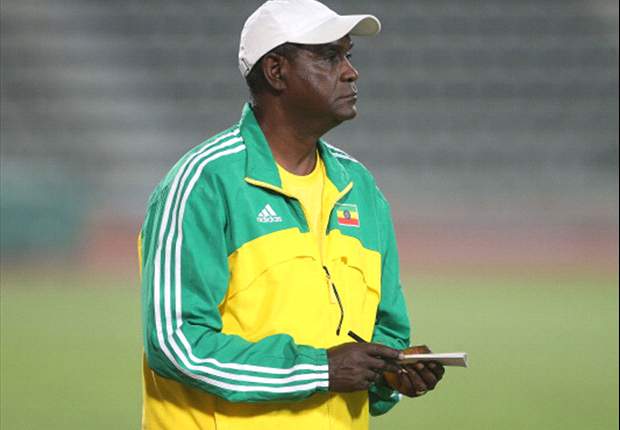 The former Walia Antelopes coach stepped on the toes of the government and paid for it with his job, despite taking Ethiopian football to unprecedented heights in three years
SPECIAL
By Lolade Adewuyi
The Ethiopia Football Federation confirmed the sacking of Sewnet Bishaw at a press conference in Addis Ababa on Wednesday evening, claiming it needed to start a new era for the national team.
The 62-year-old is credited with leading a renaissance of the Walias who returned to the international football stage after 31 years of absence and almost qualified for their first World Cup last year.
A founding member of the Confederation of African Football, Ethiopia won the 1962 Africa Cup of Nations on home soil, when the tournament was still a four-nation event. Then they disappeared from the international scene in 1982 only to return at South Africa 2013 where they played an eye-catching game with a strong midfield performance that troubled many sides, including defending champions Zambia and eventual winners Nigeria.
All this is put down to Sewnet’s work in his second spell as coach of the team. After taking over from Belgian Tom Saintfiet in 2011, the coach engineered the team into a stronger side that was more confident with the ball at their feet.
He tried to help them improve their stamina as well.
Sewnet told this writer in Addis Ababa in October 2013 that the bane of East African football was the lack of players' stamina. The region had failed to produce great footballers in recent times because players were lacking in the physical ability to play the game like their counterparts from West and North Africa.
Bishaw helped Ethiopia reach the play off stage of the 2014 World Cup qualifiers after edging out South Africa and Botswana in the group stage. They then faced African champions Nigeria and lost over two legs.
Click here to read more