NEW YORK (AP) — Derartu Tulu of Ethiopia has won the New York City Marathon in her comeback to the sport.

She pulled away in the final mile Sunday, with 41-year-old Russian Ludmila Petrova the runner-up for the second straight year. 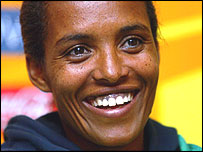 Two-time defending champ Paula Radcliffe was fourth. The world record-holder from Britain fell back from the lead pack in the 22nd mile. She grabbed her left leg in pain after finishing. 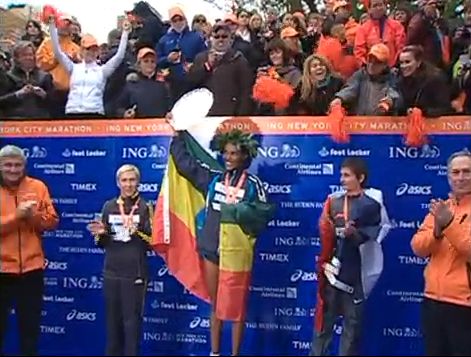 Christelle Daunay of France was third.